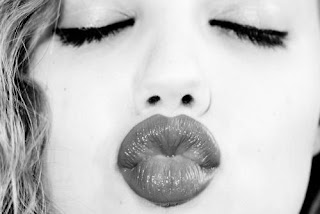 1- Her approach to sex changes

Forms of this sign can range from wanting to try new positions to becoming more dominant in the bedroom to a sudden infrequency of sex. The latter of the three may be a huge sign to some, but to those very few who can go without it for long periods of time (by choice), it may not be as clear. If she's traditionally the instigator in the relationship and she isn't instigating anymore, or less frequently, a red flag should be going up, as she could be getting it from someone else.

Is your girlfriend suddenly encouraging your poker night with the boys and cleaning your place when she has never done it before? Is she trying extremely hard to please you by making your favorite meals every evening? Does she bring over small tokens of affection? If this is unusual behavior, and you know she hasn't been watching Dr. Phil, then guilt could be eating away at her.

This can be an obvious sign if a drastic change was made overnight. If it was a progressive shift, you may not have noticed anything out of the ordinary. Assess when she started wearing those stiletto heels and low-cut blouses. Determine if anything else happened at the time of this change: Did she get a new job? Did she lose weight? Then, decide whether you consider this normal behavior or if it's a drastic change in her usual dressing pattern.

4- She's overly defensive
You ask her a simple question like "What did you do today?" and suddenly she's tripping out. If she appears edgy when you ask her insignificant questions about her day and then accuses you of being controlling or nagging, this could be a sign that she has something else cooking. If she has something to hide, she may feel like you're investigating and are out to make her tell the truth.

5- She makes new friendsMaking new friends can be a good thing, unless she isn't introducing any of them to you. And if she won't reveal where they're going or if she's giving you vague details, then these so-called "friends" are something you should be concerned about.

6- She reveals too much
She tells you all the details of her night out with her friends, including what they ate, who was there and who said what. This is all information you probably wouldn't care about on any other day; you may even wonder why she's telling you all this trivial stuff. Heads up: This information could mean a lot if you read between the lines.


7- She initiates strange conversationsShe starts asking you hypothetical questions like "What do you think of people who have affairs?" or she begins telling you about a "friend" who is cheating on her boyfriend. This could be her way of gauging your reaction to her cheating ways.

8- She's mean to you in publicShe's getting nasty, making fun of you to your face. And it's not the "I'm just kidding" type of fun. She picks on you in front of your friends. Something's probably up, as couples should have each other's backs in public. It could be that she's coming out of her shell and you're her target. If she's cheating, she won't feel the need to be nice to you anymore. Think about it; she has someone else on the side, why should she worry about you

There is a tendency for cheating women to schedule meetings with their lovers as often as they can, resulting in a complete disregard for previous engagements.
Does your woman freak out over simple questions? Always be suspicious of anyone who refuses to answer the simplest and fairest of questions, (although there may be an innocent reason such as a surprise party - but be really suspicious if your woman never does anything like that) or answers questions only after repeating them back to you. The brief pause before answering usually means that your woman is searching her mind for a plausible excuse.
Generally, when women start being hesitant or defensive when asked a simple questions by their husbands, it could be a glaring indication that they are hiding something and should raise a red flag.
Does your woman suddenly start talking about an 'old friend' or co-worker but won't go into specific details and is purposely vague about them? You need to be on your guard, this is a tell tale sign that your woman is cheating. Especially if she keeps this friendship under wraps and evasive about introducing them to you.
When your woman starts picking fights with you over everything, no matter how inconsequential.
If you and your woman usually communicate with almost psychic precision but lately every sentiment you express sets her off and she finds any excuse to lash out at you.
Another thing some women do when they are being unfaithful is nag their husbands. Nagging you helps eliminate and ease her guilt. So, if she habitually begins to point out your every flaw, you may want to get to the bottom of what's really going on.
Does she suddenly seem to be doing an awful lot of shopping? Is she gone for hours only to return with maybe 1 bag or nothing at all? Obviously she's not had time to shop for anything, she's been too busy cheating on you.
Has she bought new, pretty, delicate underwear - that matches!?
She's splashing out money on new clothes.
Suddenly she's going to the hairdressers or beauty parlour every week. She gets a new hairdo, gets her nails and feet done, a make-over. All these should be raising massive red flags to you, the hapless husband.
What about her cell/mobile phone? If she usually keeps it on, is it suddenly difficult to get hold of her? Is your woman always 'in a bad area'? Does she delete any messages whereas before she left them on the phone? Does she keep it with her at all times, even around the house?
How do you know if she's got another cell/mobile phone? Where's the bill being sent?
Does your cheating woman disappear for hours on end, citing visiting a 'friend' as an excuse? She may have let 1 or 2 of her closest female friends in on her little secret and enlisted their help to act as alibis.
Posted by littilemo at 2:33 ص